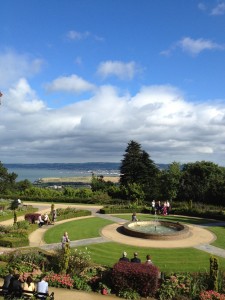 Why is William Shakespeare called „The Bard of Avon“

William Shakespeare is called „The Bard of Avon“, because he is considered to be the greatest poet that ever lived, since that time.

The word „bard“ means poet, better a traveling poet. In medieval time most of the poets were traveling, telling stories and made a living performing.

Stratford-upon-Avon, near Birmingham, is the native city of William Shakespeare.

Shakespear was a real genius because he was able to write for everyone. In case his work appealed to everyone, from kings to peasants.

Befor we ll come to some of his famous quotes, I have to say that more over 2000 new words and phrases were created by him!

For example: „schoolboy“, „mimic“, „partner“, „shooting star“ and „football“ and don´t forget the words „upstairs“ and „downstairs“ and so on.

Some of his famous Quotes:

Even from one of his 154 sonnets there is a saying:

Some words to Shakespeare`s sonnets. Most of them are constructed of three quatrains, or four-line stanzas, and end with two lines, calling „a couplet“.

This makes up the 14-line sonnet.

So the rhythm of each line is iambic pentameter.

Each line of his sonnet has ten syllables.

In the english language, to have a certain rhythm in a poem, you use a combination of stressed and unstressed syllables. Iambic is two syllables; the first is not stressed, but the second is accented. Each set of two syllables is called a foot, and five feet make up a pentameter.

Shakespeare was also part-owner of a theatre company called Lord Chamberlain’s Men. Later he constructed the Globe Theatre. One of the first plays in was „Julius Caesar“.

Please allow me to say – thank you – to this honoured and expetionally gifted poet – The Bard of Avon -!